Bret Baier currently serves as FOX News Channel’s (FNC) chief political anchor and anchor of “Special Report with Bret Baier” (weeknights 6-7PM/ET), the top-rated cable news program in its timeslot and consistently one of the top five shows in cable news. Based in Washington, D.C., Baier joined the network in 1998 as the first reporter in the Atlanta bureau. 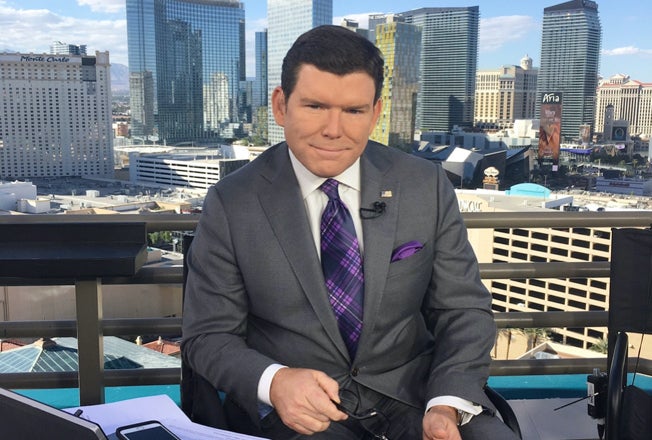 Bret Baier currently serves as FOX News Channel’s (FNC) chief political anchor and anchor of “Special Report with Bret Baier” (weeknights 6-7PM/ET), the top-rated cable news program in its timeslot and consistently one of the top five shows in cable news. Based in Washington, D.C., Baier joined the network in 1998 as the first reporter in the Atlanta bureau.

Throughout his tenure at FNC, Baier has played a critical role in every major political event since joining the network. In 2021, he co-anchored a one-hour election special entitled, Democracy 2021: Virginia Showdown with The Story’s Martha MacCallum. The program presented special live coverage of the Virginia and New Jersey gubernatorial races as well as the New York City mayoral race. Previously, he co-anchored FNC’s Democracy 2020 election coverage alongside MacCallum, which garnered the highest ratings for election night coverage in cable news history, with 14.1 million total viewers. 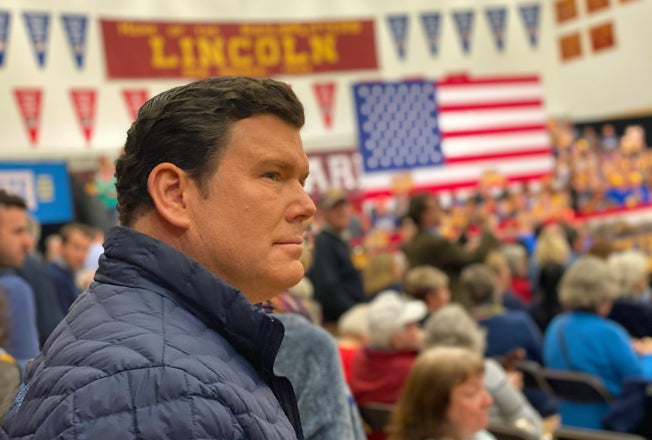 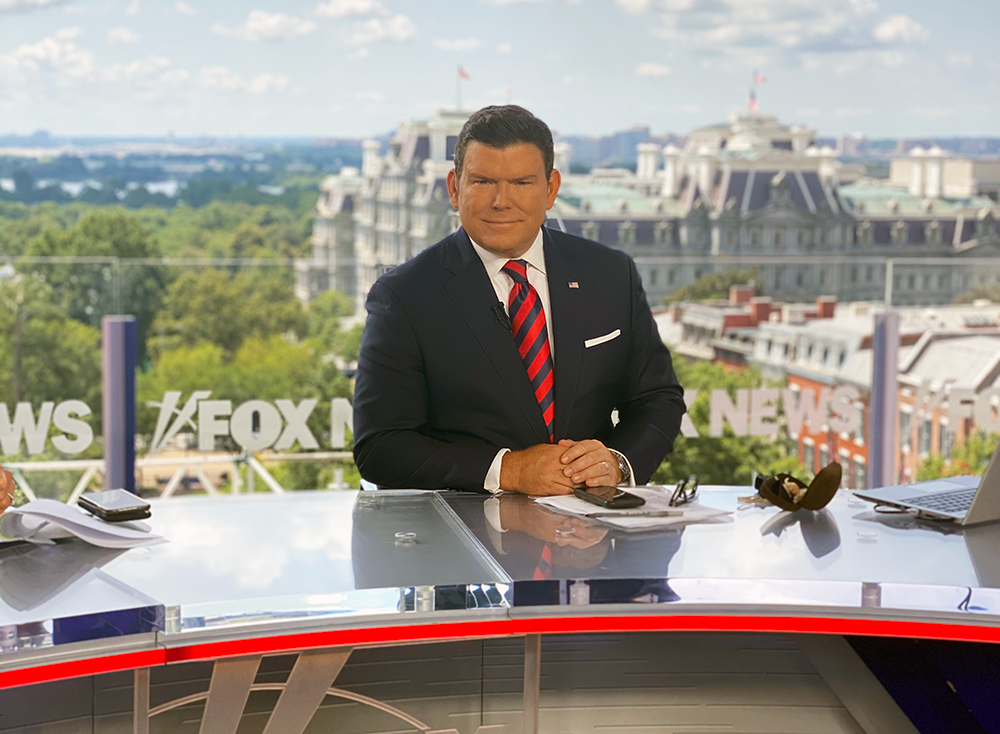 During the 2020 election season, Baier and MacCallum co-anchored coverage of the 2020 presidential debates with the first 2020 presidential debate being the most-watched in cable news history with nearly 18 million viewers, as well as the Democratic and Republican National Conventions. Baier and MacCallum also moderated a series of presidential election town halls with then-candidates Sen. Bernie Sanders, Julian Castro, Sen. Amy Klobuchar, Sen. Kirsten Gillibrand, and former mayor Michael Bloomberg. The duo’s town hall with former Democratic presidential candidate Sen. Bernie Sanders in April 2019 ranked as the highest-rated town hall featuring a 2020 presidential candidate, while their sit-down virtual special with then-President Donald Trump from the Lincoln Memorial in May 2020 drew in nearly 4 million viewers. In addition, Baier conducted an interview with 2020 Democratic presidential candidate Sen. Amy Klobuchar, the first Democrat to appear on the network for the 2020 election cycle. He also helped lead coverage of the 2018 election, which marked the highest-rated midterm election coverage in cable news history with total viewers, topping all of broadcast and cable news, according to Nielsen Media Research.

In 2019, Baier provided live coverage of the United States summit with North Korea, anchoring his nightly newscast Special Report from Hanoi, Vietnam. In 2018, he also contributed to FNC’s live coverage of the U.S. summit with North Korea that took place in Singapore, following which, he sat down with President Donald Trump on Air Force One for a wide-ranging interview, his first interview with the president in nearly 600 days. In October 2018, Baier presented an exclusive interview with Saudi Arabia’s Foreign Minister Adel al-Jubeir to discuss the death of journalist Jamal Khashoggi. Earlier that year, he exclusively interviewed the President of Nicaragua Daniel Ortega on the country’s political and civil unrest. In April 2018, he presented an interview with former Federal Bureau of Investigation (FBI) director James Comey and later, contributed to the network’s live coverage of his testimony before the Senate Intelligence Committee. In May 2017, Baier anchored live from Saudi Arabia to cover President Trump’s first foreign trip and in April 2017, he held an exclusive interview with Jordan’s King Abdullah II discussing the war on terrorism. 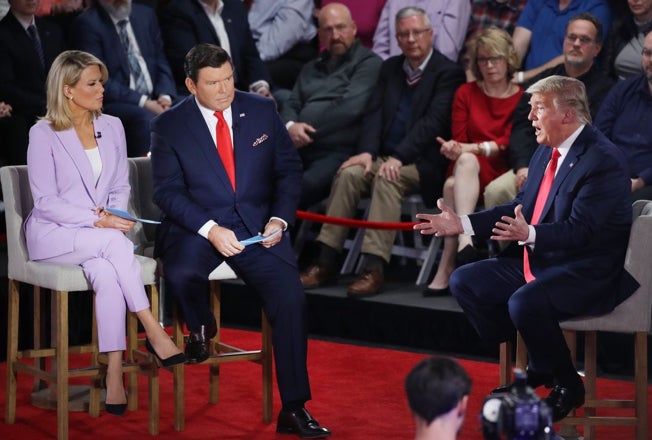 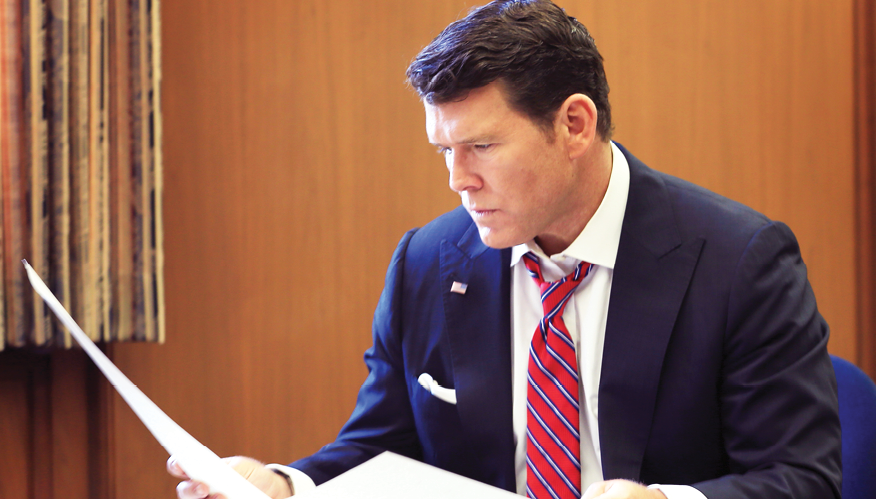 During his tenure at the network, Baier has interviewed former President Donald Trump, former Vice President Mike Pence, former President Barack Obama, former President George W. Bush and former Vice President Dick Cheney. He has also anchored more than thirty political specials on FNC, reported from Iraq 12 times and Afghanistan 13 times, traveled the world with various administrations and military officials and reported from 74 countries. Special Report with Bret Baier was acknowledged by TIME magazine’s Joe Klein as the only “straight newscast” in cable news at 6PM/ET. Bret was also recently awarded the 2017 Sol Taishoff Award for Excellence in Broadcast Journalism.
Prior to his anchor role, Baier was named chief White House correspondent in 2006 and covered the second term of the Bush Administration. Before that, he served as national security correspondent covering military and national security affairs, as well as defense, military policy and the intelligence community from the Pentagon.

As FNC’s southeastern correspondent from 1998 to 2001, he covered a range of stories, including the 2001 Timothy McVeigh execution and the 1999 Elian Gonzalez story. He has also provided a series of reports from Cuba and covered more than a dozen hurricanes.
Prior to joining FNC, Baier worked for WRAL-TV (CBS 5) in Raleigh, NC, WREX-TV (NBC 13) in Rockford, IL and WJWJ-TV (PBS 2) in Beaufort, SC. A graduate of DePauw University, he has a Bachelor of Arts in Political Science and English. He is also the author of The New York Times best seller, “Special Heart: A Journey of Faith, Hope, Courage and Love,” “Three Days in January: Dwight Eisenhower’s Final Mission” and “Three Days in Moscow: Ronald Reagan and the Fall of the Soviet Empire.” Bret’s latest book, “To Rescue The Republic: Ulysses S. Grant, The Fragile Union and the Crisis of 1876” made it to #1 on the NYT Bestseller list and is available now wherever books are sold. Please see the book tab above for more information. 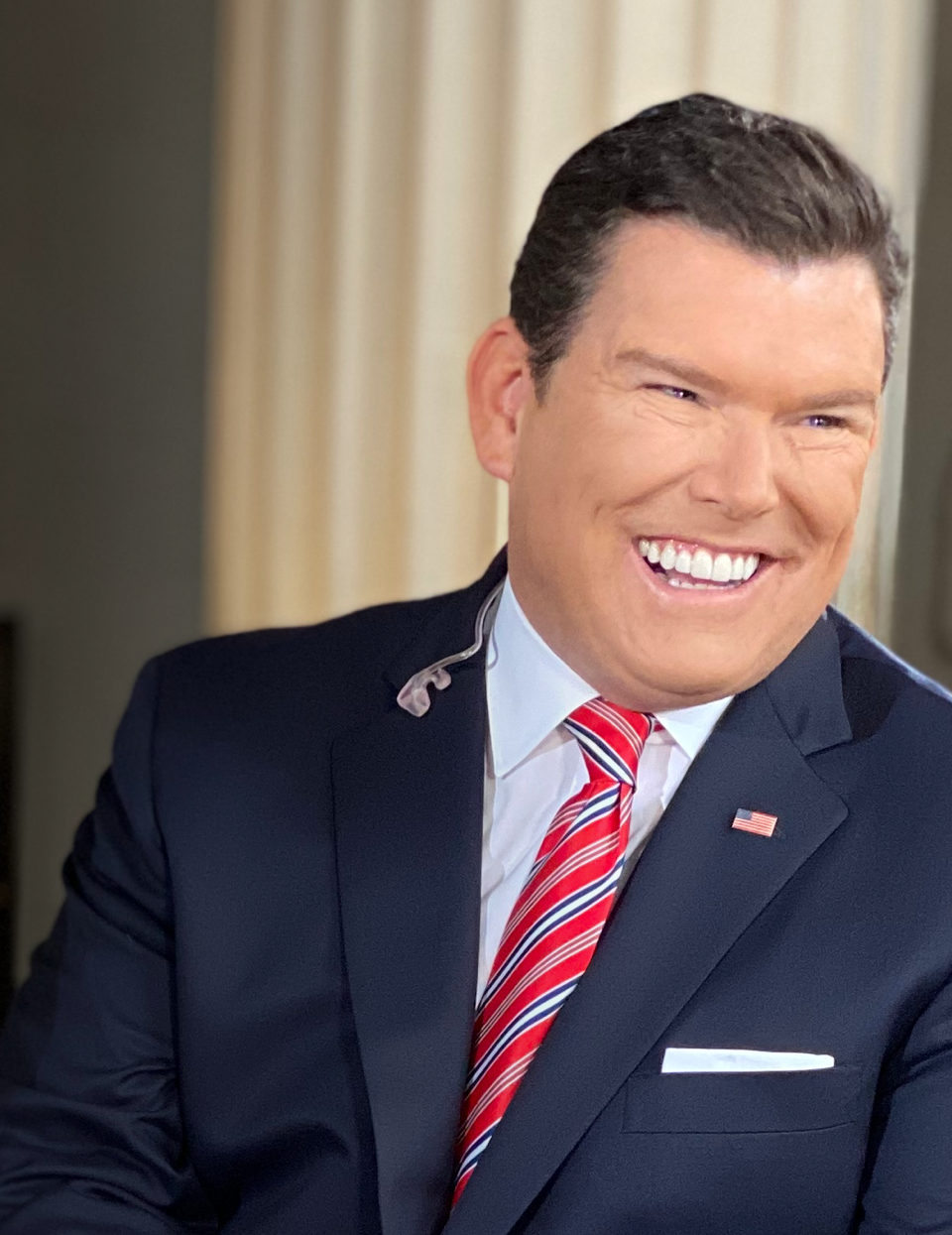 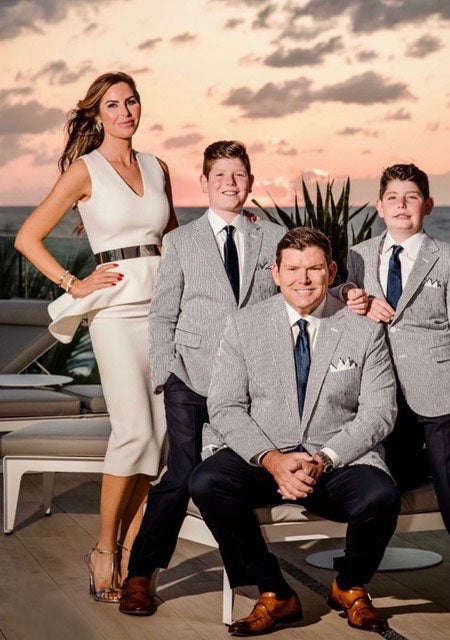 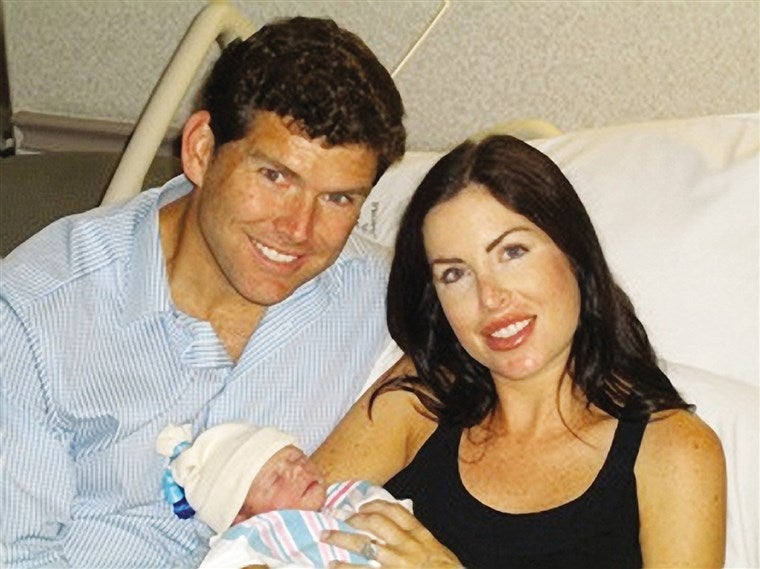 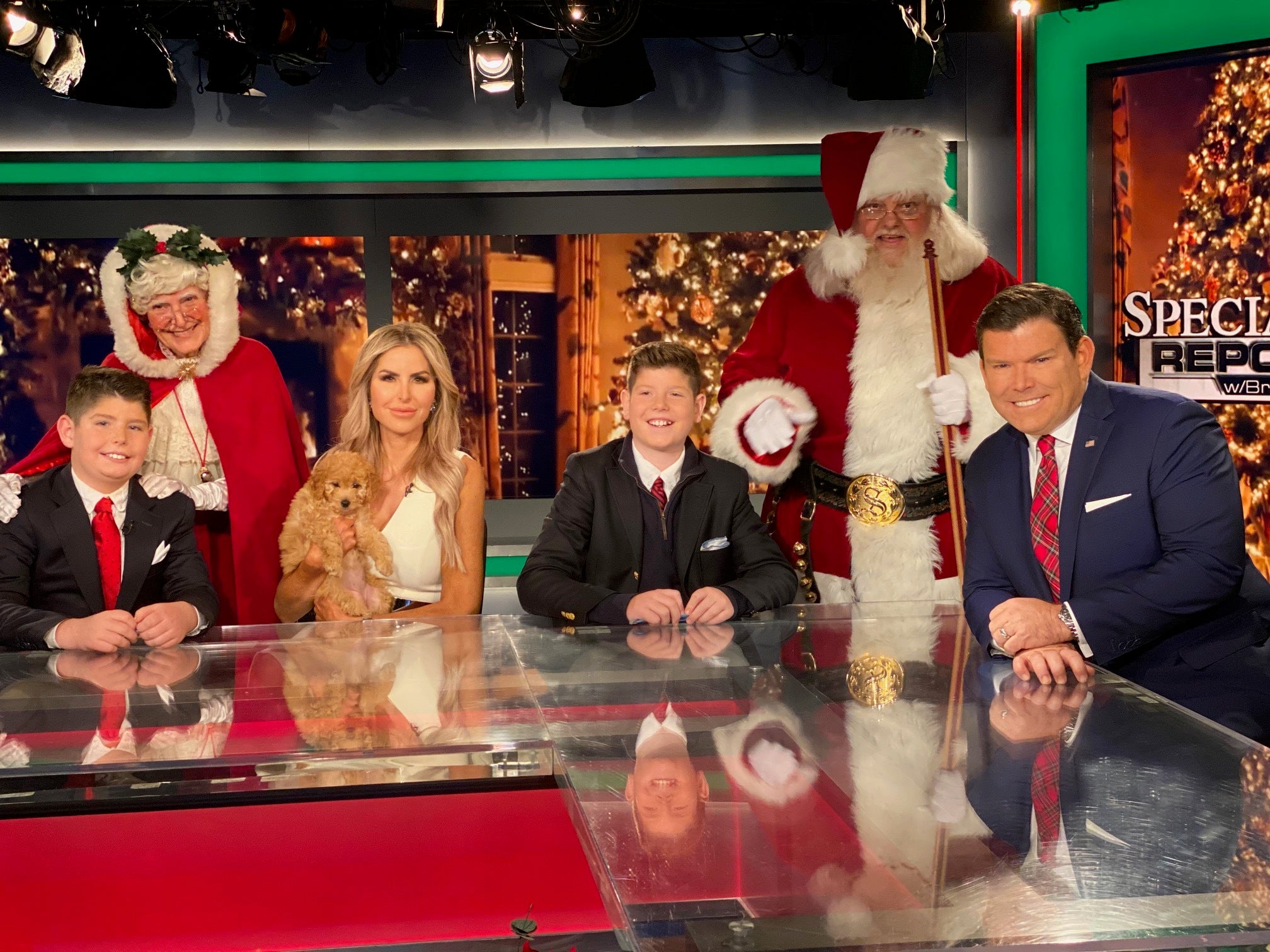 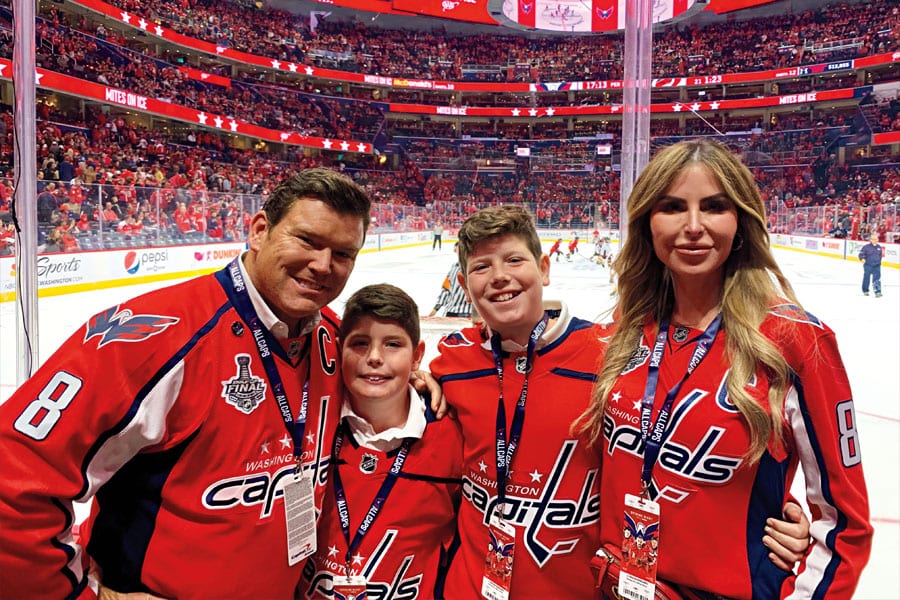 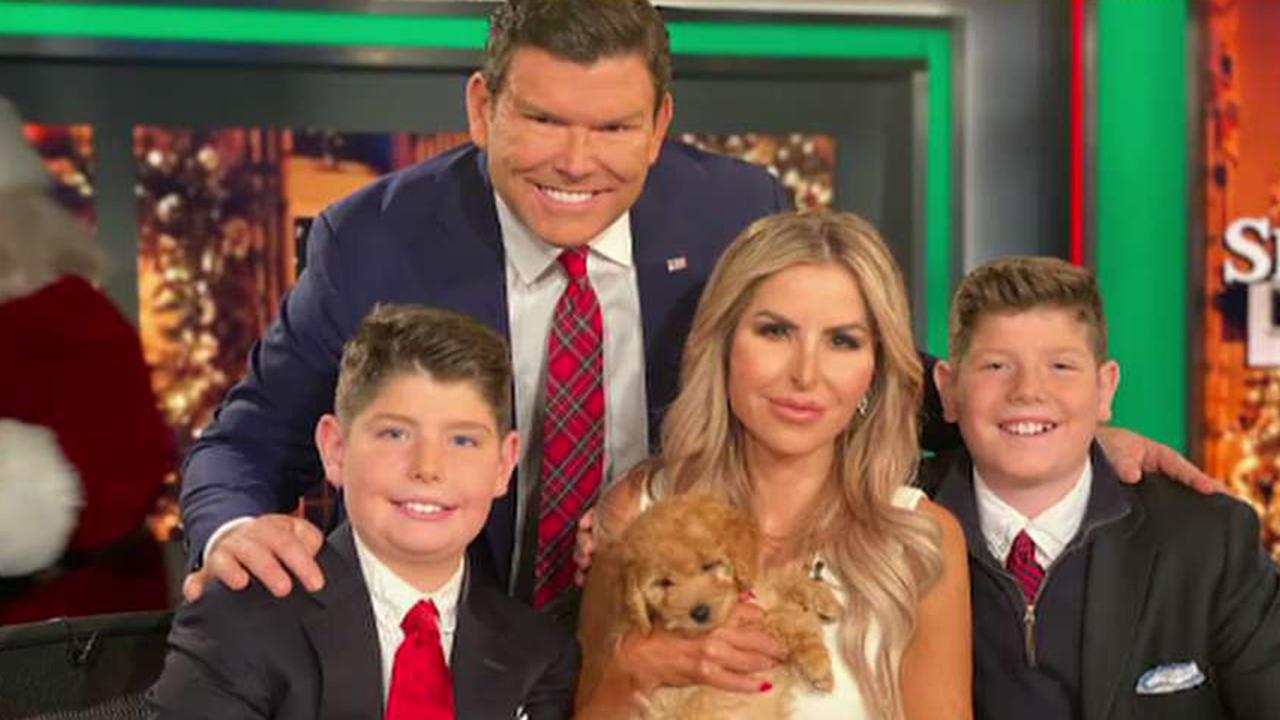 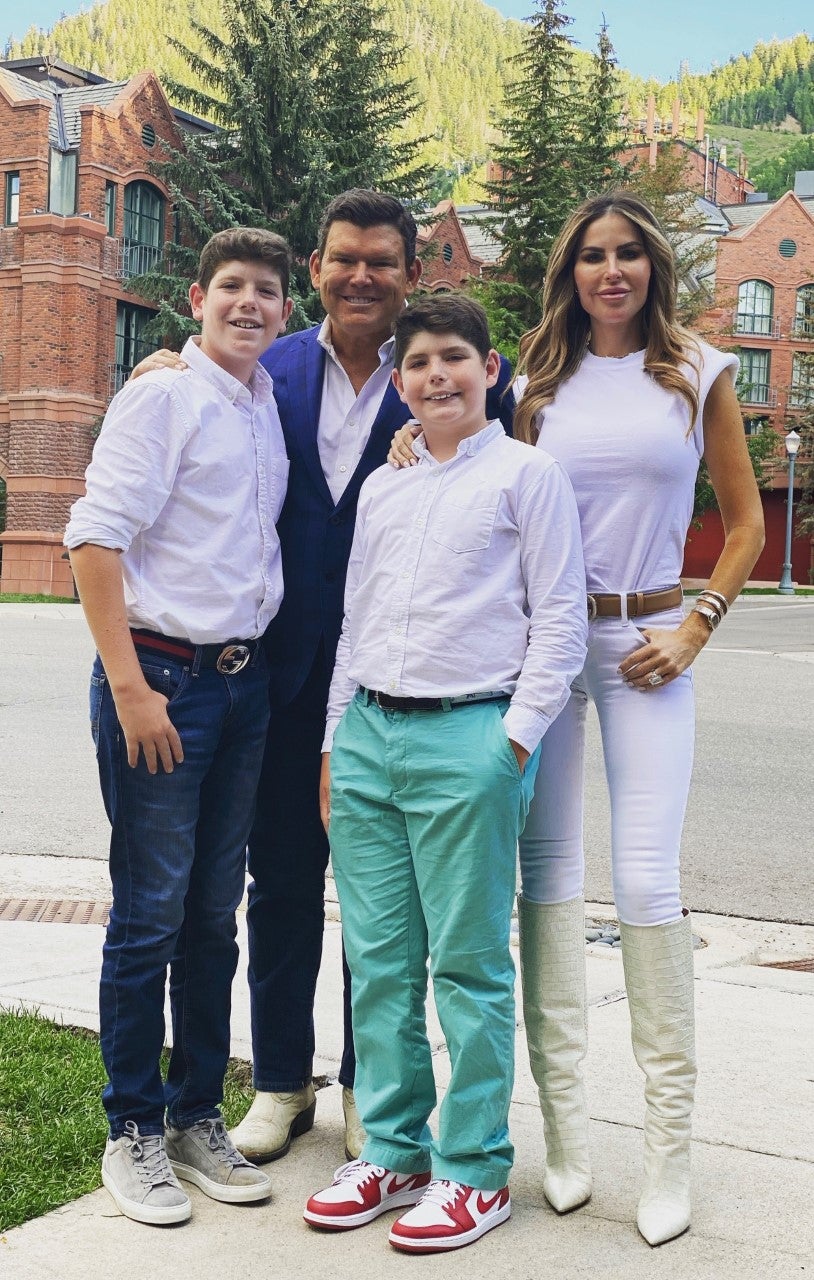 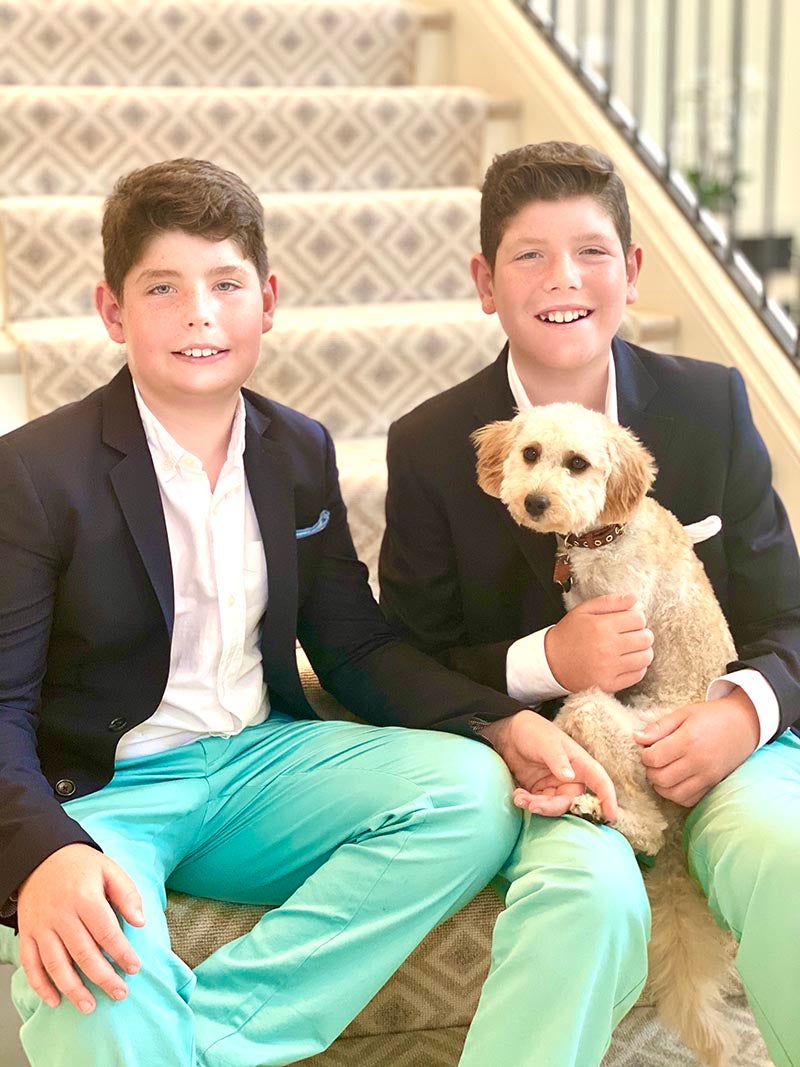 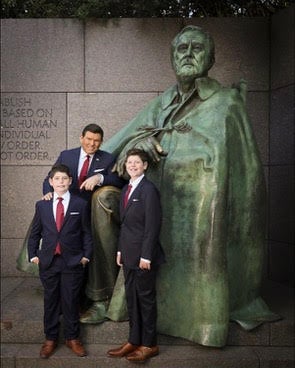 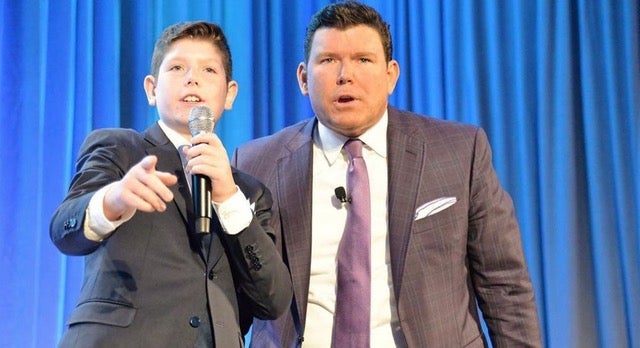 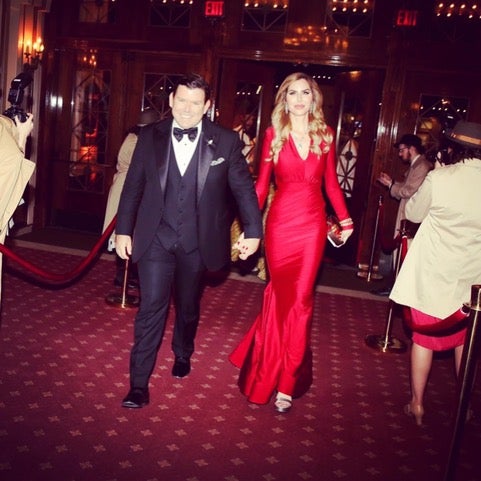 Paul Francis Baier was born June 29, 2007. He was given a clean bill of health in the first hours after his birth, but the next day, a nurse noticed Paul was turning pale. An echocardiogram soon revealed that Paul had five serious congenital heart defects. Without emergency surgery within days – he would die. Dr. Richard Jonas performed an eight hour open heart surgery on Paul when he was 12 days old. The “fix” included inserting what’s called a homograft – a donated baby aorta that connects Paul’s pulmonary artery with the right ventricle of his heart. The donated connector does not grow with him and at 10 months old Paul went in for his 2nd open heart surgery to have it replaced with a bigger version.

Since that time, Paul has had numerous angioplasties to open his arteries and to clear the homograft. In September of 2013, Dr. Jonas performed a 3rd successful open heart surgery on Paul. He will have to have at least one more open-heart surgery and other procedures as he continues to grow, but today Paul is very healthy and active. He loves sports and enjoys spending time with his friends.

Daniel Bret Baier was born July 10, 2010 and is a healthy, active child. Daniel is a sports fanatic and plays hockey, lacrosse and basketball. He enjoys playing video games with his friends and following the Washington Capitols.

The Baier family touts their Catholic faith for getting them through the most difficult days in the hospital.