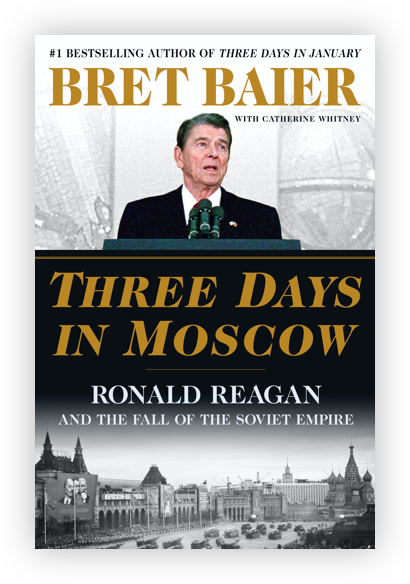 The #1 bestselling author of Three Days in January and anchor of the #1 rated Special Report with Bret Baier on Fox News Channel reveals as never before President Ronald Reagan’s battle to end the Cold War, framed around the historic, three-day 1988 Moscow Summit.

Autographed copy available from this bookseller: 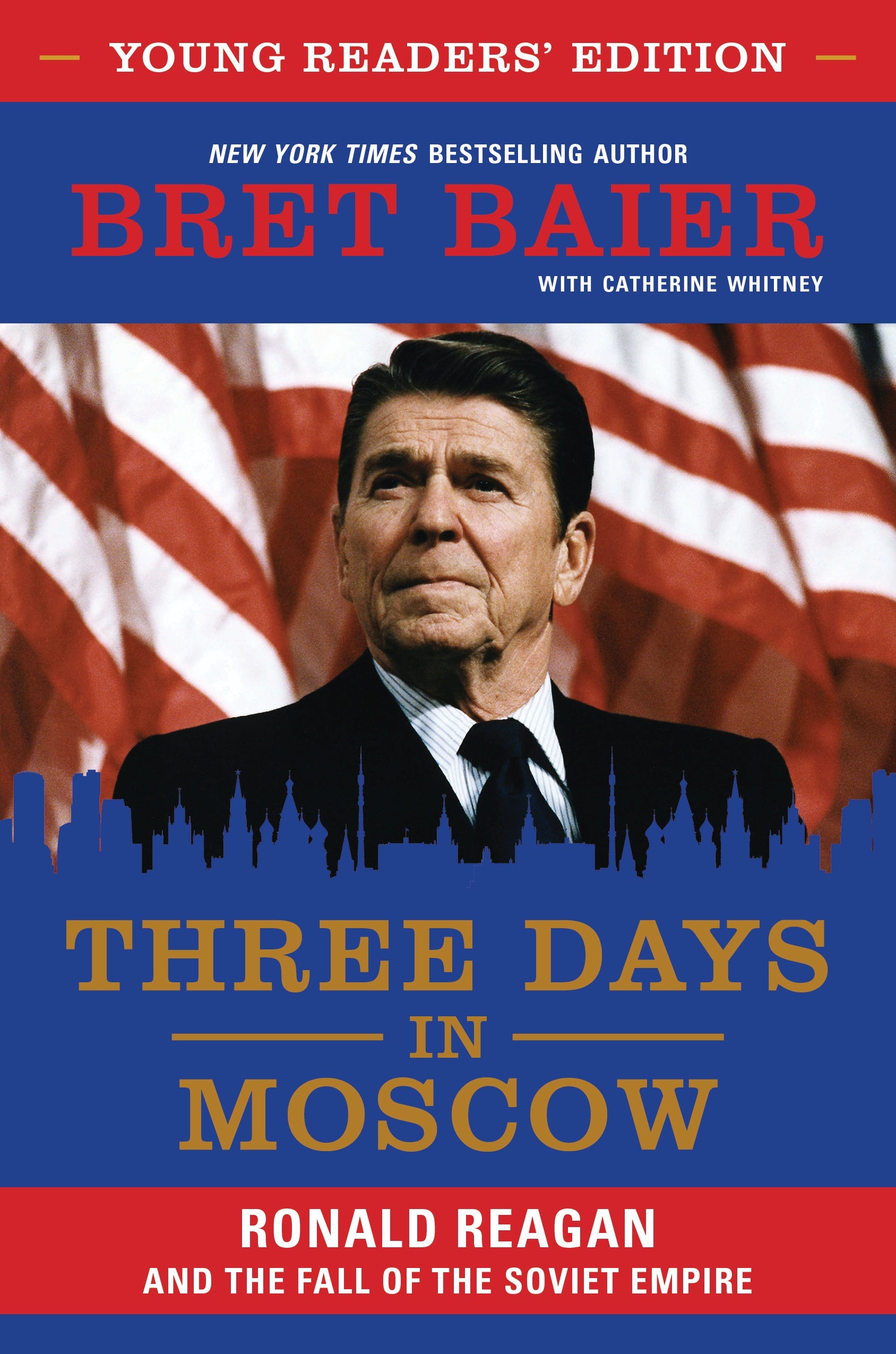 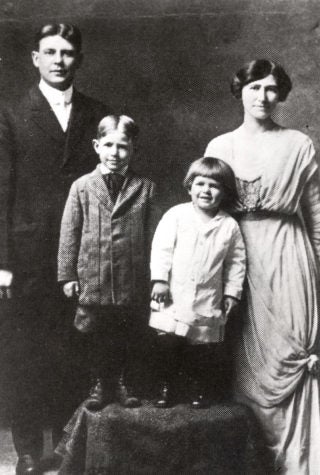 Jack and Nelle Reagan taught Reagan and his brother Moon the simple heartland values that transcended poverty and struggle. Christmases were hardscrabble, homemade affairs, but Reagan cherished those memories all his life. 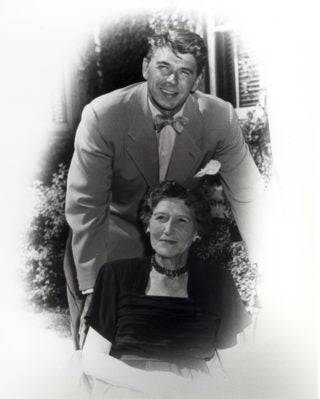 Nelle was a constant inspiration and a positive role model for her son. She taught him he could be anything he set out to be. 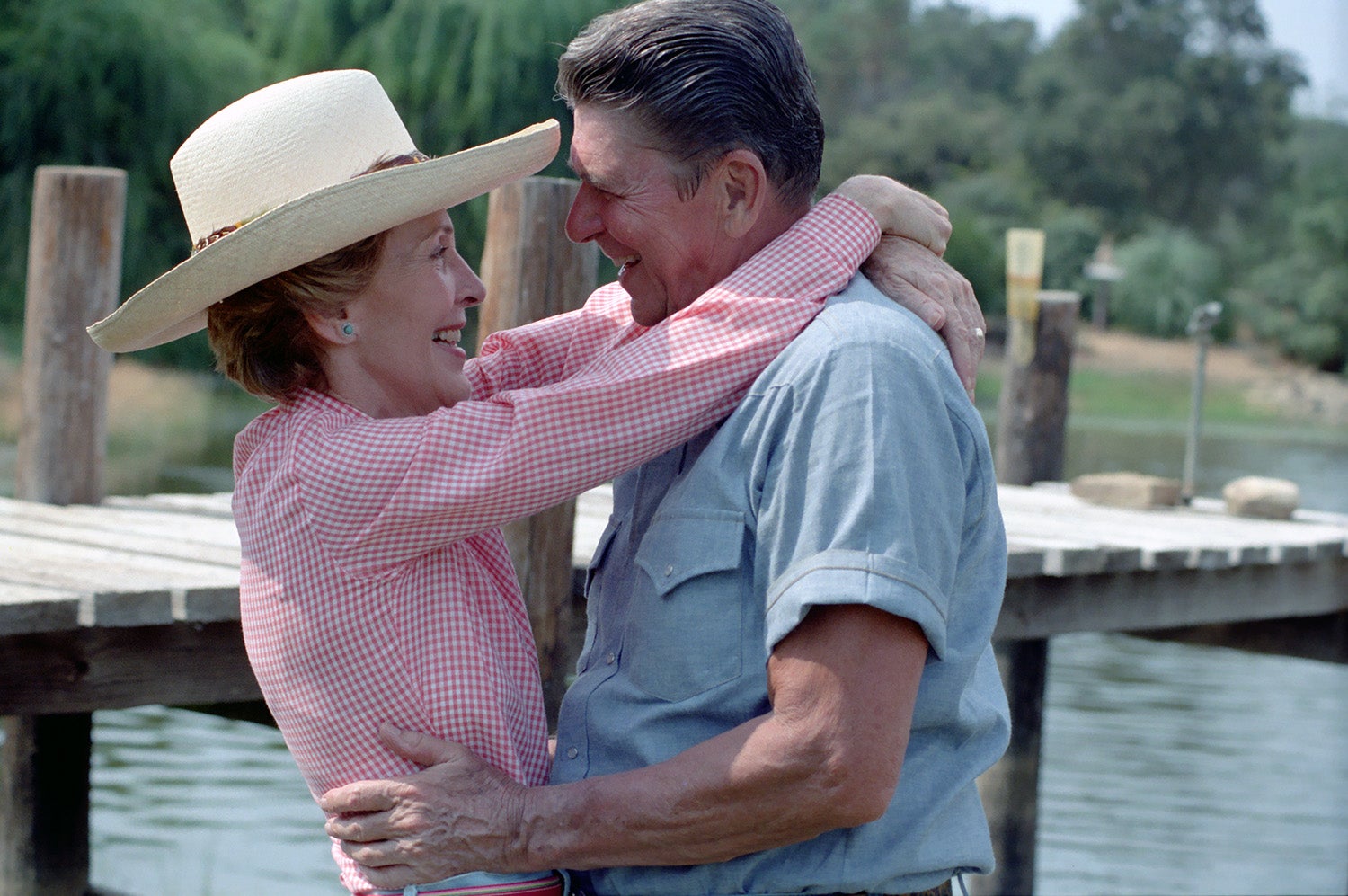 Nancy was the love of his life, his most trusted friend and advisor, the one who never let him down. He often spoke about how much he needed her by his side. Away from her on the road, he wrote, “I’m all hollow without you.” 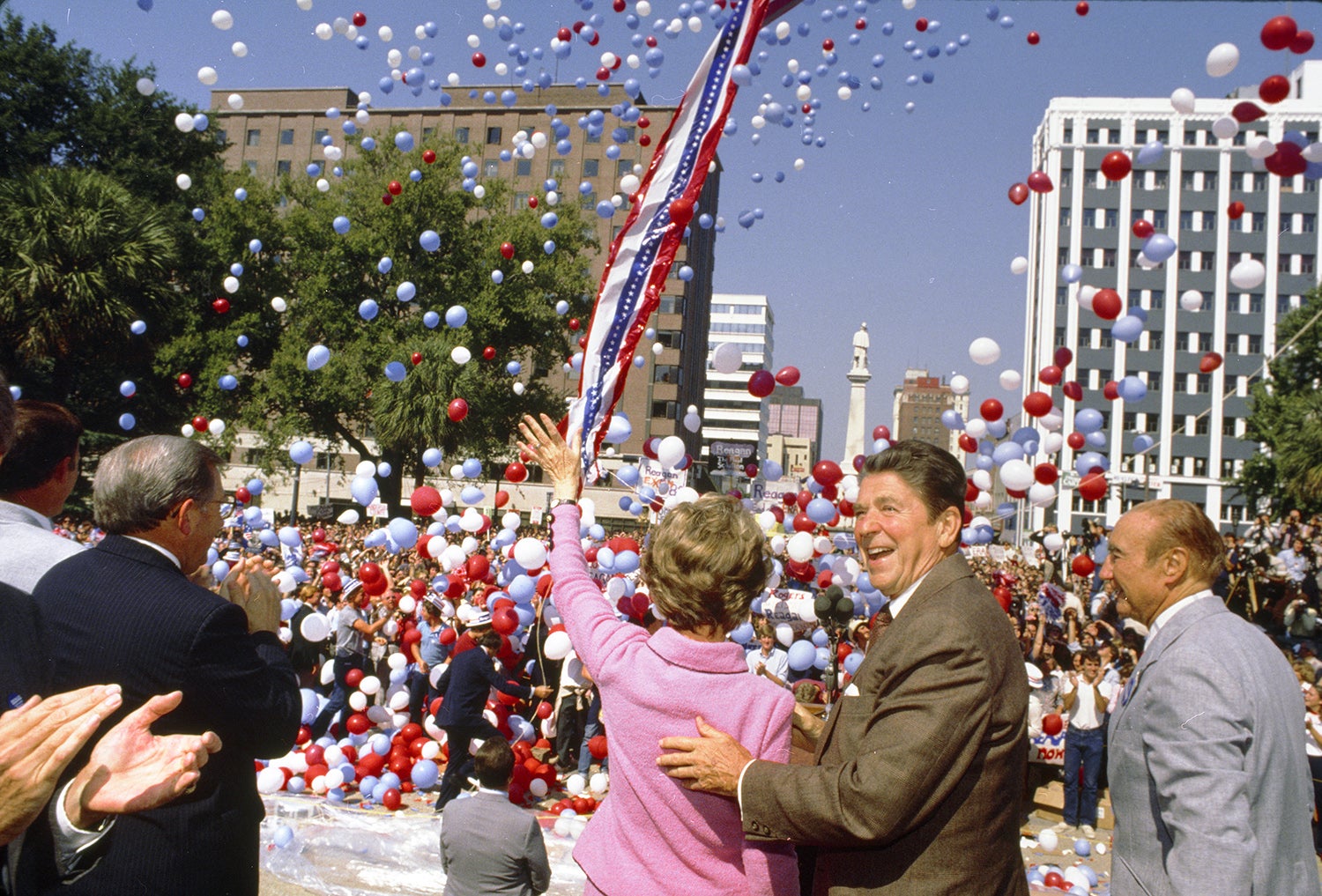 In 1980, Reagan represented a new spirit of optimism—a remedy for the sense of malaise the nation was experiencing. His was a revolution of ideas and style. He was swept into office in a landslide, with 489 electoral votes. 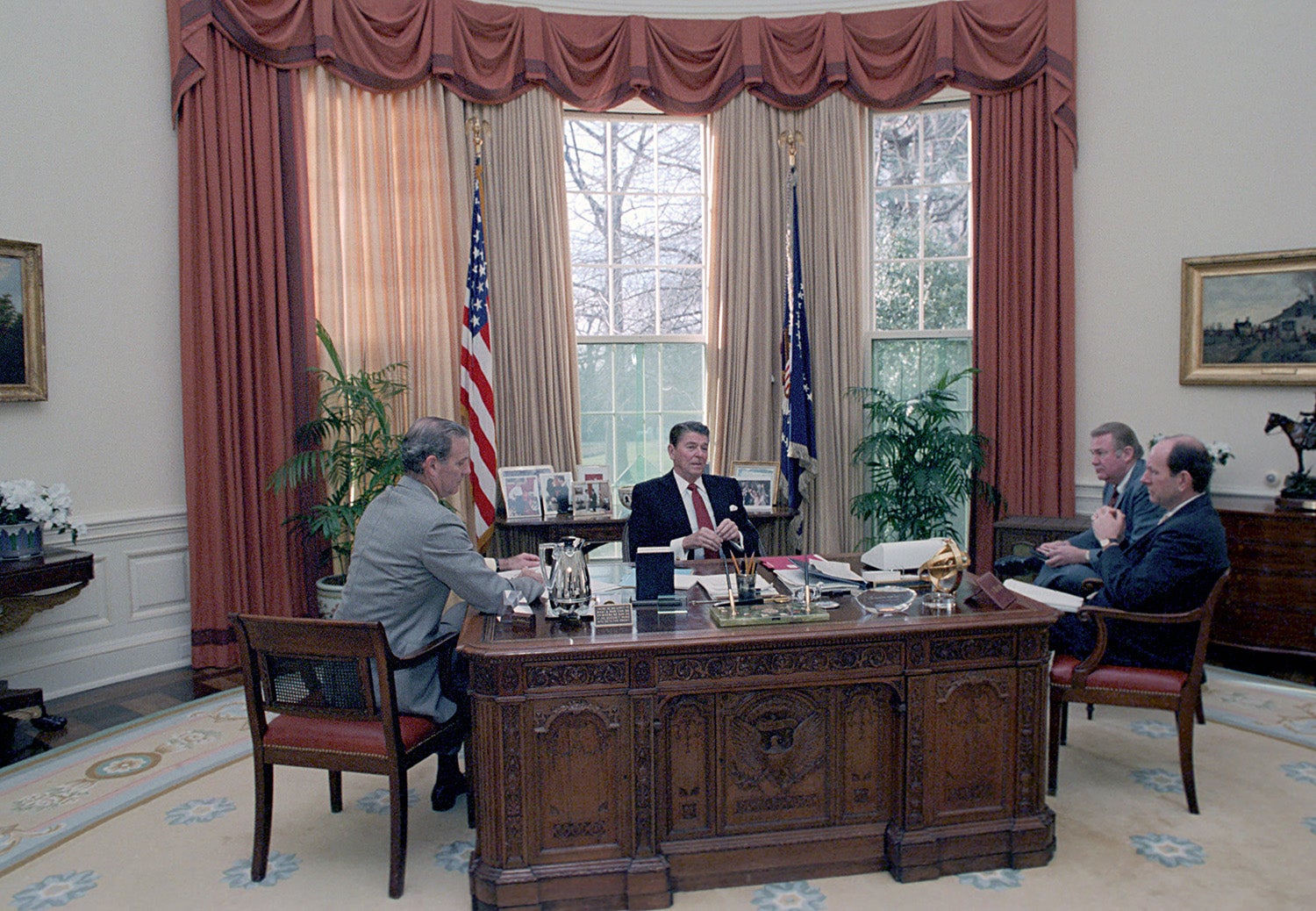 When Reagan stood before the Brandenburg Gate and cried, “Mr. Gorbachev, tear down this wall!” his words were a call to action that rattled the world order. Less than two and a half years later, the wall fell. 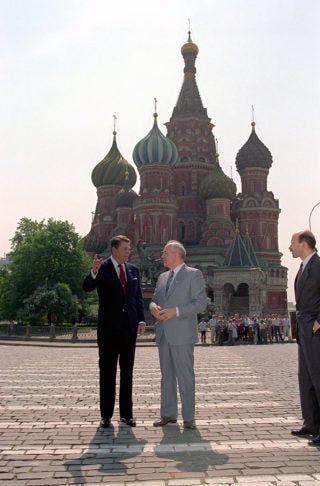 Standing with Mikhail Gorbachev in the symbolic heart of the USSR, Reagan declared that the “evil empire” was a thing of the past. He recognized before many others that the Soviet Union was dying under the weight of its ideology.

Reagan’s aides were initially worried about the president giving a speech under the glowering visage of Lenin, but it was Reagan who seemed larger than life on the Moscow State University stage as he spoke of the promise of democracy. 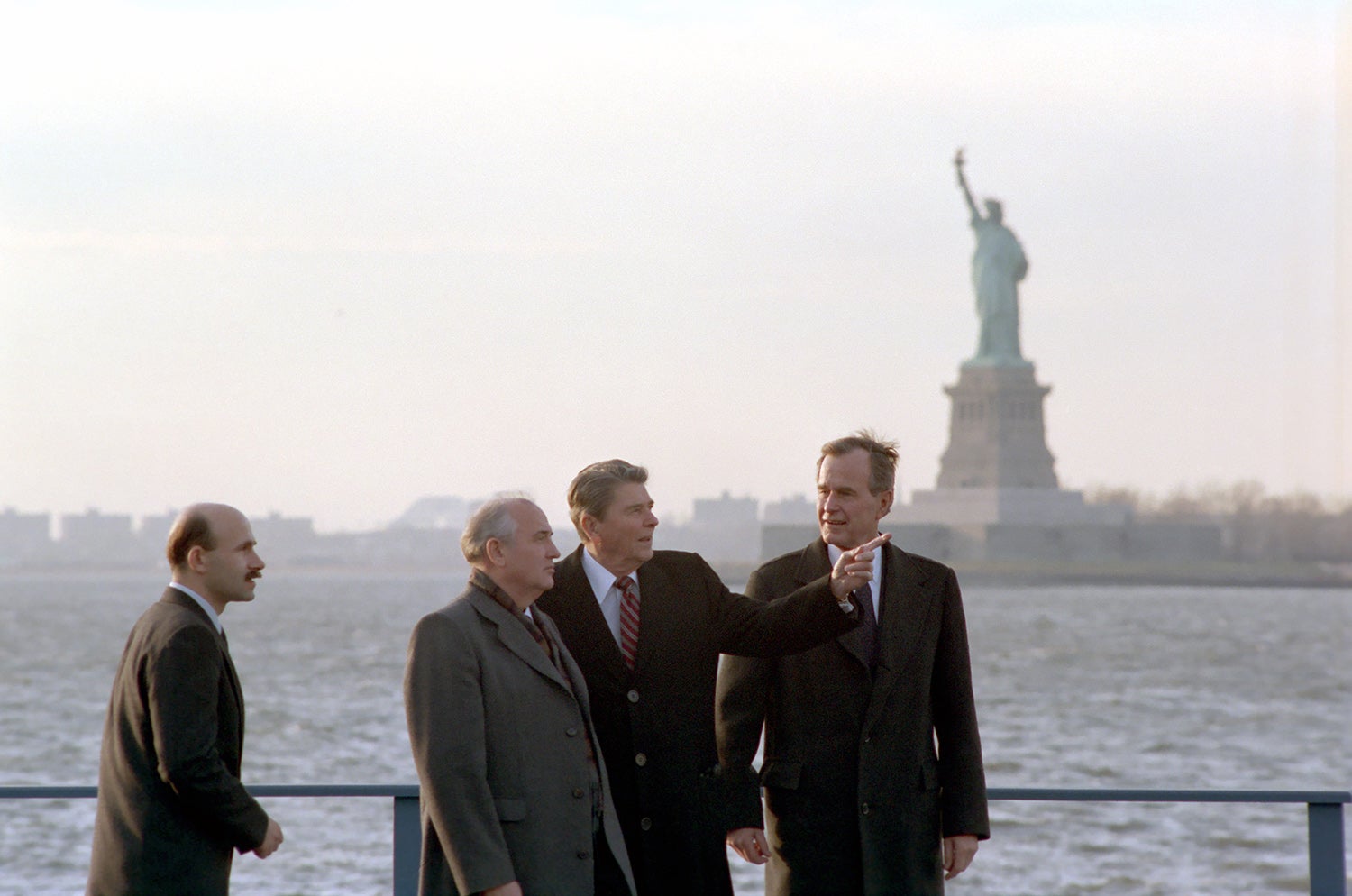 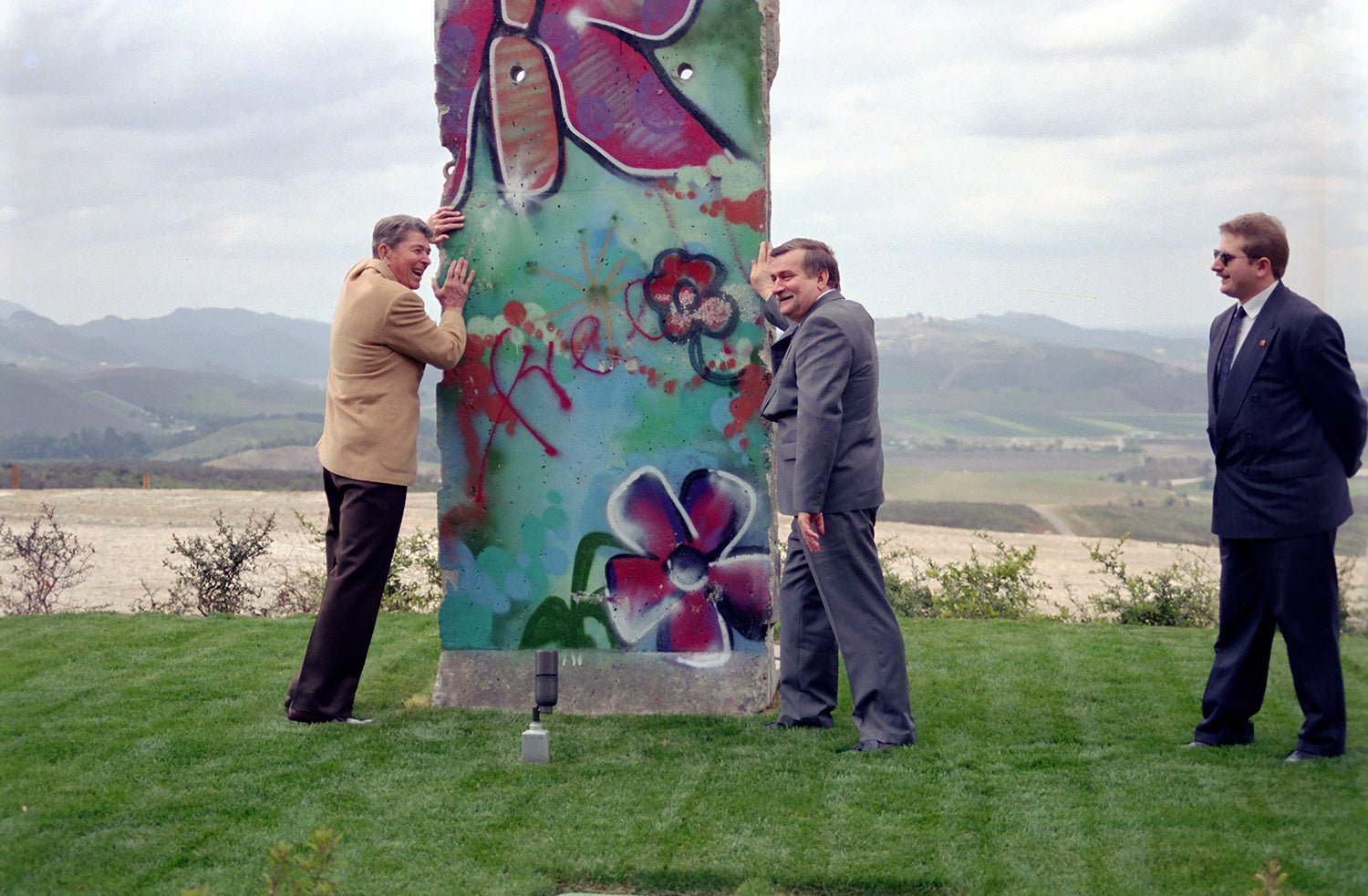 “Visitors to this mountaintop will see a great jagged chunk of the Berlin wall,” Reagan announced at his library dedication in 1991. Over nine feet tall, marked with colorful graffiti, the piece is a relic of a conquered state and a reminder of the lasting possibility of freedom. Reagan was intimately involved in his speeches. He loved the writing and editing process, and he was always in control of his message. Reviewing the transcripts at the Reagan Library, I recognized the frequent scrawl of his Sharpie pen. 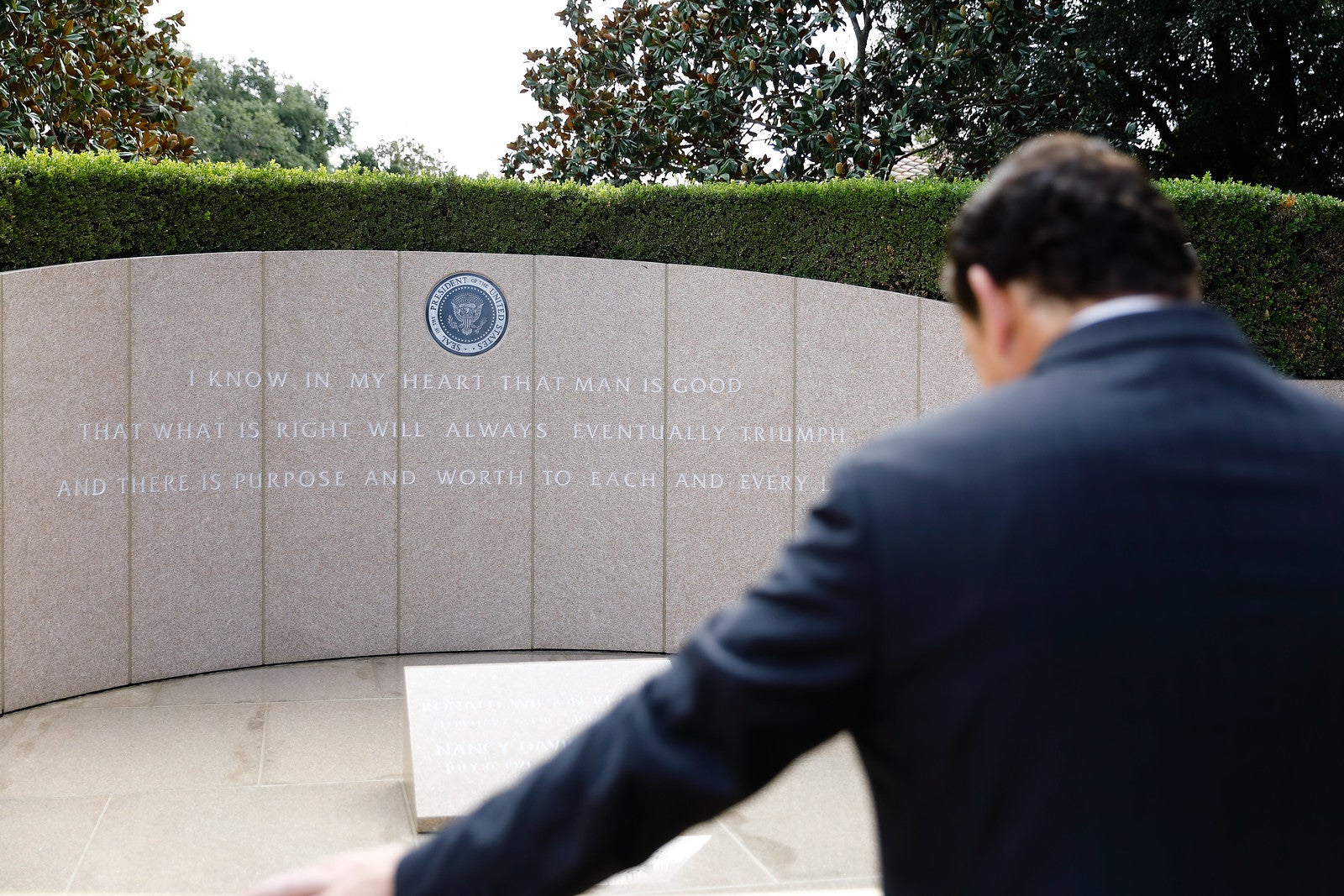 The inscription on Reagan’s burial site, which he chose himself, is the signature of his character: “I know in my heart that man is good, that what is right will always eventually triumph and there is purpose and worth to each and every life.”

“In Bret Baier’s uplifting Three Days in Moscow we learn of a critical new chapter in the Reagan triumph over totalitarianism, a place and time where a new vision of freedom for all people was born. An engaging story well told by a professional with insight and empathy.”

“Bret Baier has done it again. Three Days in Moscow is a remarkable story about one of the most monumental moments in contemporary world history. Grand in sweep, brilliantly crafted, and riveting, this extraordinary book is also masterfully researched. It will take its place as an instant classic, if not the finest book to date on Ronald Reagan himself! Bravo.”

“Drawing on newly-opened archives and his own revealing interviews with key figures of the time, Bret Baier deserves credit for this fascinating, thoughtful and highly readable account of Ronald Reagan’s towering contribution to his country — ending the Cold War without the firing of a shot, on terms that Harry Truman and Dwight Eisenhower could only have dreamt of. Three Days in Moscow should be read by everyone not old enough to have personally witnessed how this President, step by step, in public and in secret, closed down a half-century of dangerous confrontation — and by those whose memories of that crucial story are imperishable.”

“Bret Baier’s Three Days in Moscow is a riveting and lucid recounting of Ronald Reagan’s gallant Cold War diplomacy during his 1988 historic visit to the Soviet Union. Every page sparkles. Baier has a great gift for writing fine narrative history anchored around impressive academic research. This is one of the best and most essential books ever written about Reagan, the man Margaret Thatcher said won the Cold War without firing a single shot.”

“Bret Baier’s enthralling “Three Days in Moscow” is a timely reminder at a time of resurgent U.S./Russian tensions of the historic role Ronald Reagan played in negotiating landmark nuclear agreements that helped end the Cold War. Baier recounts the personal diplomacy, overriding vision and steadiness of purpose Reagan brought to his summits with Soviet leader Mikhail Gorbachev in wonderful detail. Those three days at the Moscow Summit are a great foundation for his larger exploration of a defining chapter in U.S., and world history. Must reading for anyone following today’s politics, or interested in learning about the unique skills Reagan brought to the challenge of reducing the nuclear threat for all ages. “Three Days in Moscow” is also a primer for better understanding the cataclysmic changes that, from the Russian perspective, also helped shape the political consciousness of America’s current geopolitical rival: Vladimir Putin.”

“Bret Baier gives us a clear and lively picture of Ronald Reagan, the man and the president. Read Three Days in Moscow, enjoy, and learn why the Gipper was such a great leader.”

“A remarkable book on many levels. Three Days in Moscow may make you see Ronald Reagan for the first time.”

“Bret Baier is not only among the most reliably honest and professional journalists in America, he is a brilliant historian and author. “Three days in Moscow” is a comprehensive and wonderfully written exposition of Ronald Reagan’s life-long mission to spread liberty and end the Soviet Union. Through his original research and essential interviews, Bret walks the reader through much of Reagan’s life. But it is Reagan’s final summit in Moscow to which Bret rightly draws our attention, for this is where Reagan delivered his historic and electrifying speech to the students of Moscow State University and drove the final nail in the coffin of the Soviet empire, thereby ending the Cold War. Reagan’s lessons must not be lost on present-day America, and thanks to Bret’s marvelous book, they won’t be.”